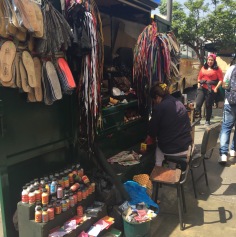 I hadn’t seen a tank in ages 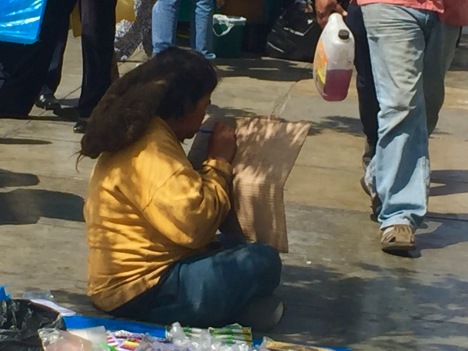 Indigenous woman on the street

Take your hand off the horn!

Meanwhile on the other side of town ….. the place where a bottle of water costs £2.50.

I want to do that! Not today though!

A special thanks to my friend Victor for the tour he titled “the Saints of Lima”, it was truly an education on the history of Peru, the origins of its  diverse ethnicities, the ethos of the time of the “conquistadores”. I learned there were black slaves imported unto Peru by the Spanish. There was also marriages with the Incas, then in the 19th century, Japanese and Chinese waves of immigration. One thing to be noted, none of these were given any kind of  status and recognition by the Spaniards.  So coming back to the saints and the Church. The Spaniards imported an extreme type of Catholicism the marks of which can be seen in the Cathedrals and churches. Gaudy overworked ornements and decorations. Typically the  place of burial was UNDER the  church or cathedral. This became a means of income for the church via the “kind” patronage of the rich who wanted to secure a good burial place there. We can still see the remains that were excavated where whole families were buried on top of each other.

A blog of the Jacob's Well Kerygma Sphere.

gailmalone
The Wall Will Fall

Where mainstream media fears to tread

because facts really should be sacred